Set in Boston, the award-winning "The Practice" centers on the passionate attorneys of Donnell, Young, Dole & Frutt. To these lawyers, every case is i...more

Set in Boston, the award-winning "The Practice" centers on the passionate attorneys of Donnell, Young, Dole & Frutt. To these lawyers, every case is i...more

Set in Boston, the award-winning "The Practice" centers on the passionate attorneys of Donnell, Young, Dole & Frutt. To these lawyers, every case is important and every client worth a fight to the bitter end. Legal maneuvering is the firm's modus operandi and they have it down to a science, making even the most questionable arguments seem convincing. And while they can't - and don't - win every trial, the pursuit of justice remains the priority until the final verdict is announced...and sometimes afterwards. Pursuing justice, however, often confronts the firm with serious ethical and moral issues of conscience. "The Practice" is one of television's most acclaimed series. The popular drama has won a Golden Globe Award for Best Drama Series, a Peabody Award, Viewers for Quality Television Award, was nominated several times for Emmy awards (winning twice) and received an American Bar Association Silver Gavel Award, among many others.

Newcomer Alan Shore, who embezzled money from a law firm, represents a down-and-out man who planted a kiss on a stranger. 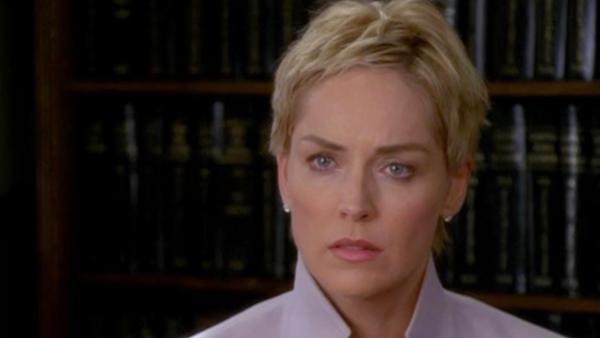 Jamie and Ellenor represent a man accused of killing his pregnant wife; Shore takes on the case of a fellow attorney who was fired because she insists she hears the voice of God. 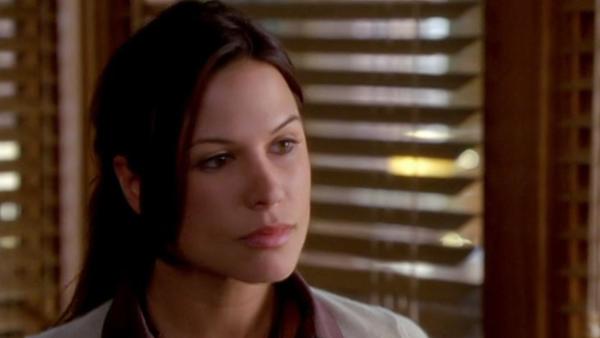 After Ellenor confides that her client, Brad Stanfield, is actually guilty of murder, Shore violates attorney-client privilege to turn Stanfield in.

Ellenor worries that Brad Stanfield may somehow get out of custody and harm her; Sheila and Shore are both assigned unusual pro bono cases, though Eugene suspects Sheila is incompetent; Eugene represents a man charged with murder. 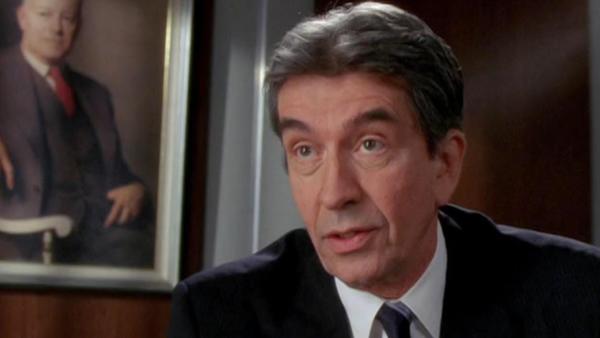 The Heat of Passion

Eugene is assigned the case of a white supremacist accused of murder; Shore and Tara bond over Roland Huff’s defense; Jamie misses a filing deadline.

Eugene’s representation of a white supremacist accused of ordering a racially motivated murder affects his relationship with Jamie; Shore defends a man charged with killing his wife and her lover, and gets involved with the client’s sister. 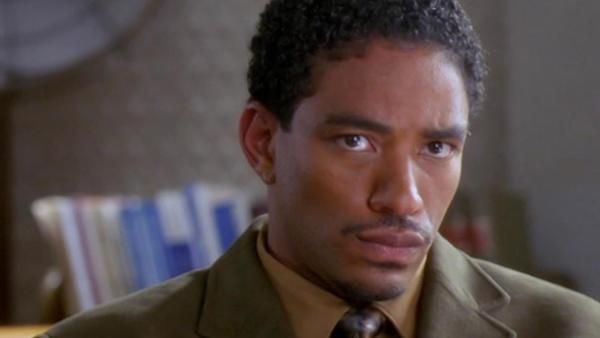 Believing his client — who’s been accused of sexual assault — is guilty, Berluti pays scant attention to the case; Jamie and Shore are busted for convincing a client that a case settled when it didn’t. 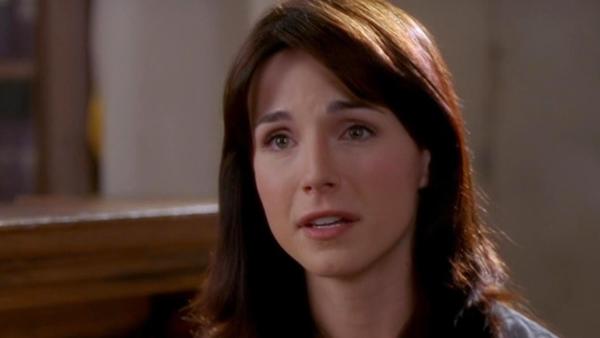 Shore hacks into opposing counsel’s computer to win a settlement for a client suing a drug manufacturer for causing her husband’s suicide; Shore hides a murder weapon to protect a mentally unbalanced client accused of murder. 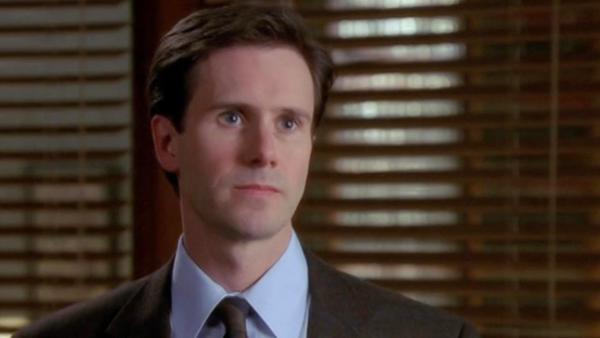 Shore represents a 12-year-old girl who seeks asylum in the U.S. rather than returning to her home in Romania, where she’ll be forced to marry; Eugene tries to help a man who wants to make sure his wife’s killer is brought to justice. 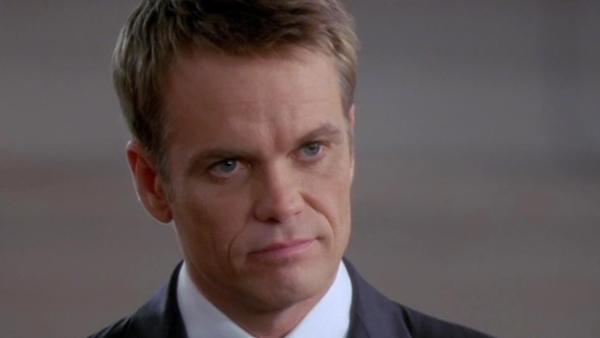 Police shoot a man suspected of killing a cop; the entire firm rallies to help the man, who is refused medical treatment while he is questioned, but the firm is outmaneuvered when the police use a coerced confession to railroad the innocent suspect. 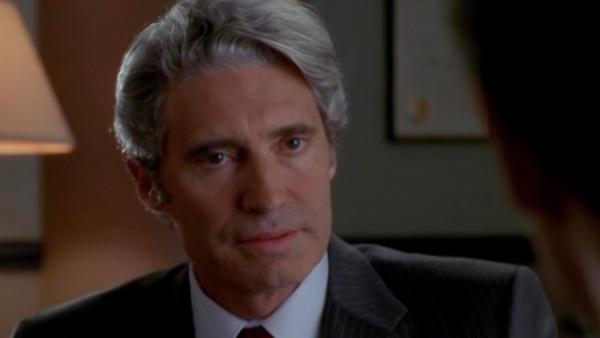 Berluti represents a man accused of attacking the suspect in his daughter’s death, but the defendant insists on pleading guilty; and Shore takes undercover photos of a woman having an affair to blackmail her into accepting a small divorce settlement. 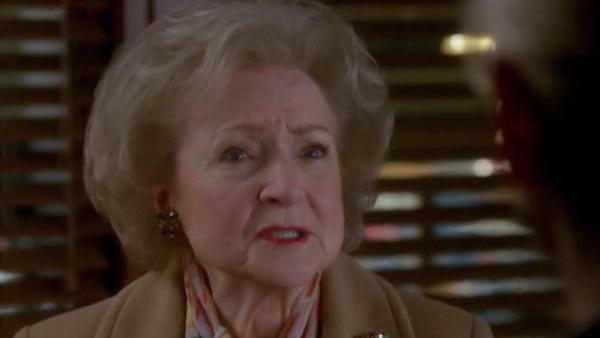 Shore continues defending his childhood friend Paul Stewart, who insists he did not kill his mistress, though he was seen leaving her home the night she was murdered. 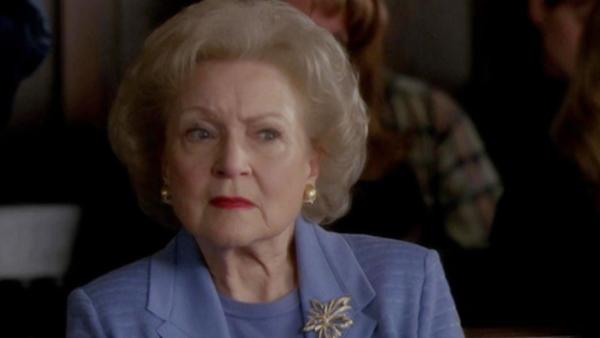 Shore’s childhood friend, Paul Stewart, is accused of murdering his mistress, Brenda Wilbur; in defending him, Shore betrays another friend, and admits an old affair.

Jamie and Ellenor represent a client who’s suing for malpractice after his wife died during labor; and Eugene and Berluti secretly plan to fire Shore.

War of the Roses

After he is fired, Shore breaks into the firm to steal records and provoke Eugene; Shore also hires an attorney, and sues the firm; and Ellenor represents a woman accused of assaulting a police officer, basing her defense on a freedom-of-speech argument. 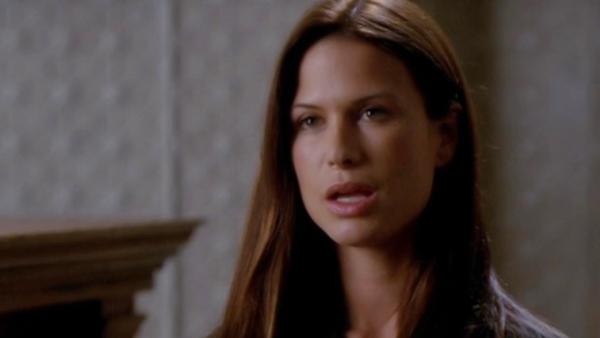 The Case Against Alan Shore

Ellenor reluctantly testifies as Shore’s case for wrongful termination goes to trial; Shore and Tara get job offers from a new firm; and Jimmy reconsiders his entire life.

Berluti quits the firm and starts his own practice; Denny Crane proves his competence by winning a large settlement; and Heather arranges a light sentence for a rapist. 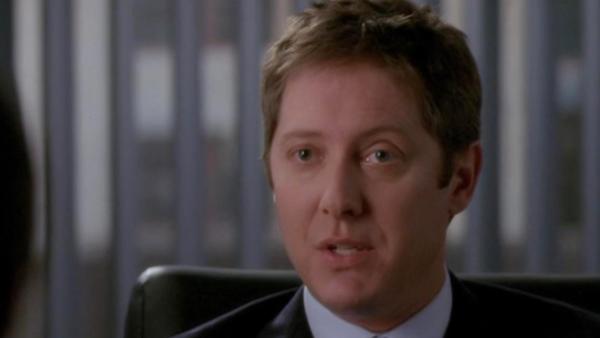 Hannah finds herself extremely attracted to him; Eugene is offered a shot at a judgeship; and Berluti’s practice attracts many clients, and also a threat from another neighborhood lawyer who sees Berluti as poaching turf.

New Hoods On the Block

Berluti’s new practice is threatened by a lawyer who considers the neighborhood “his” turf; Hannah and Ellenor face off in a products liability case; Shore admits his feelings for Tara; and Eugene is appointed a judge. 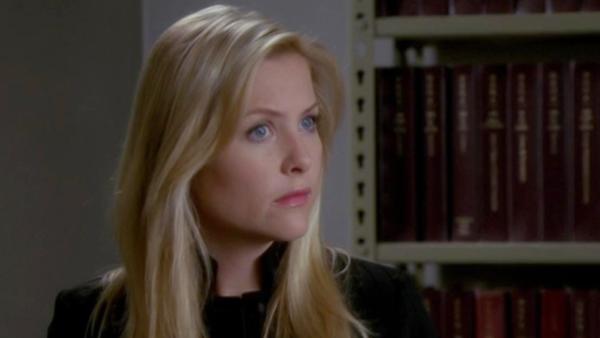 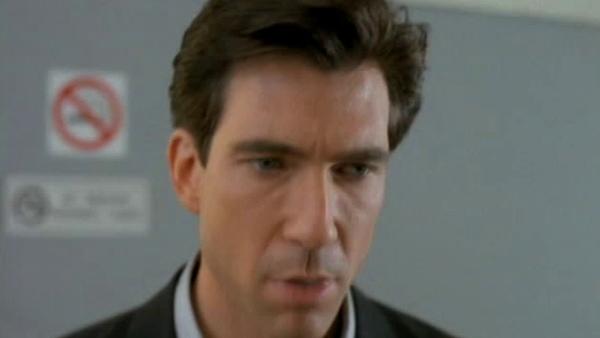 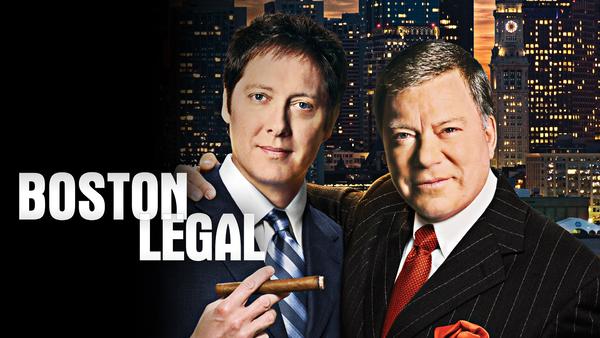 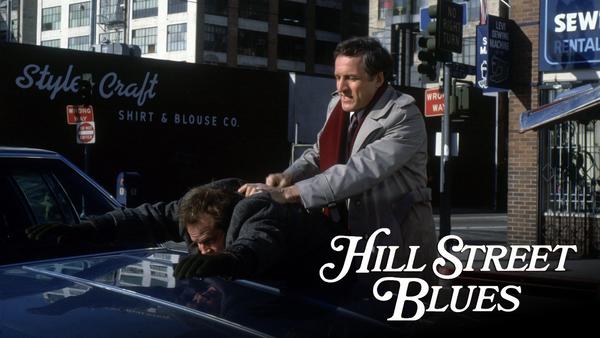 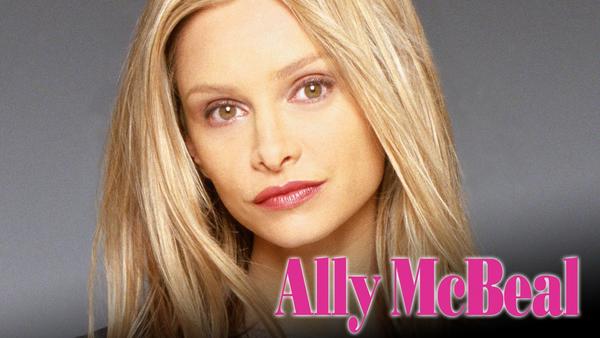 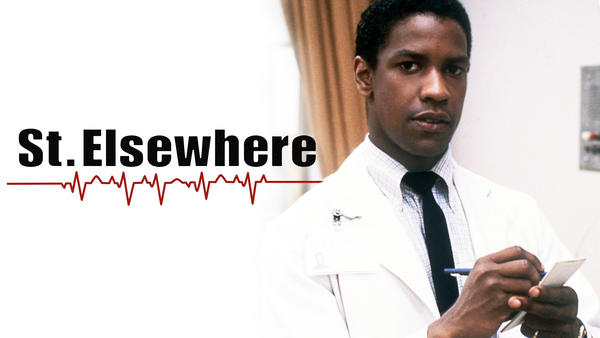 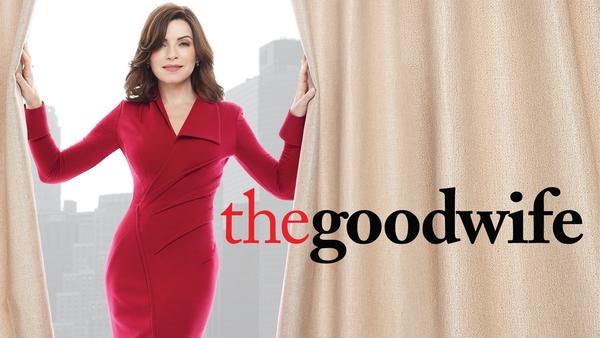 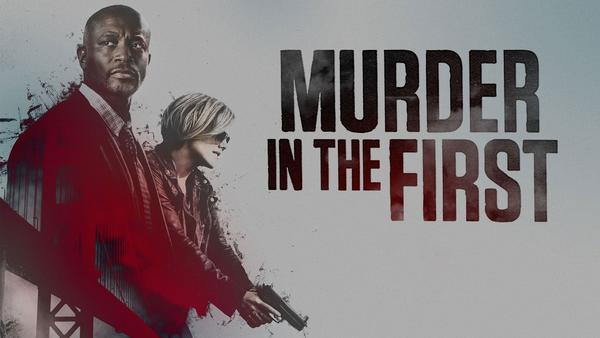 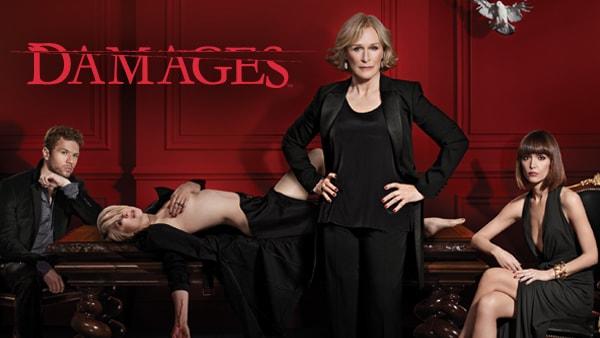 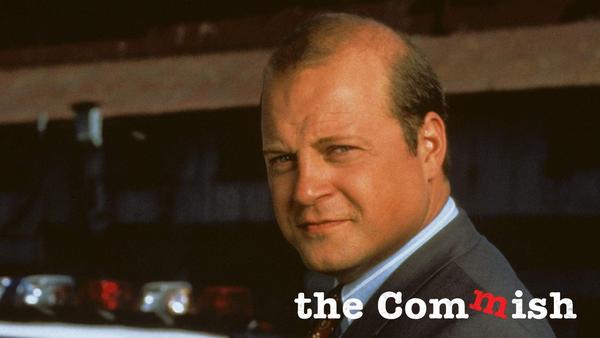 hulu
Start watching The Practice
8 seasons available (167 episodes)
No hidden fees, equipment rentals, or installation appointments.
For new subscribers only
Due to streaming rights, a few shows play with an ad break before and after. Which shows?