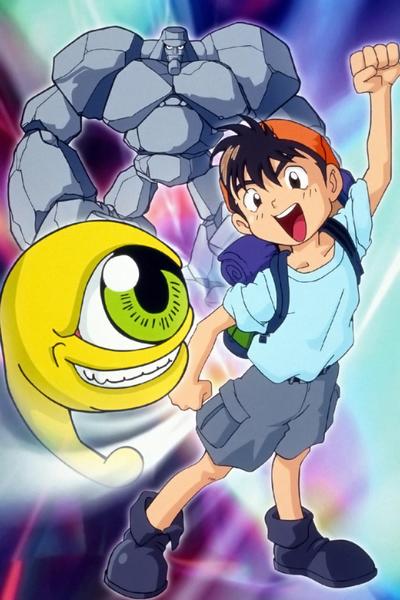 In the popular Monster Rancher competition, a young boy named Genki wins the final and becomes the champion.One day after school, Genki finds a Monste...more

In the popular Monster Rancher competition, a young boy named Genki wins the final and becomes the champion.One day after school, Genki finds a Monste...more

In the popular Monster Rancher competition, a young boy named Genki wins the final and becomes the champion.One day after school, Genki finds a Monster Rancher 200X CD-ROM delivered to his home. It is the grand prize he has won in the Monster Rancher competition. Genki begins to play the new game and at the very moment he tries to generate a monster, he finds himself transported into the Monster Rancher world. In the Monster Rancher world, a girl named Holly and an eye-ball shaped monster Suezo are in the midst of escaping from the evil monsters that are pursuing them. All of a sudden, Genki appears in front of Holly and Suezo. Not sure what happened, Genki, Holly and Suezo, escape together from the grasp of these evil monsters. Soon Genki realizes that he is in the Monster Rancher world. He is thrilled and excited. On the other hand, Holly is sad as she has learned that the unidentified monster named Moo has conquered the world and is plotting to turn all monsters into evil monsters. Only the Phoenix, which is sleeping in a special Disc, can bring them back to good. Holly, determined to find this Phoenix, sets out on a mission in search of the Disc. Then, Holly discovers that Genki has a Monster Rancher CD-ROM in his possession and becomes very excited. This could very well be the Disc of the Phoenix! They arrive at the altar of the shrine where the monsters are generated. They set down the CD-ROM and watch with amazement the birth of... a cute monster name Mocchi. Much to their dismay, the evil monster troops capture Genki, Holly and Suezo. . But when they attempt to catch Mocchi, he cries out so loud ? that all the monsters scatter.Genki quickly uses his roller blades to rescue Holly, Suezo and Mocchi.Their exciting and adventurous journey in search of the Phoenix Disc has begun! 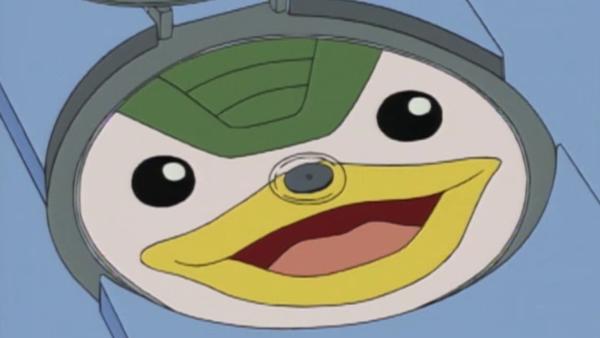 Holly and Mocchi come across a Mystery Disc that might contain Moo. Suddenly the Baddies appear and they get away with the disc. This emergency calls Genki back into the world of Monster Rancher! 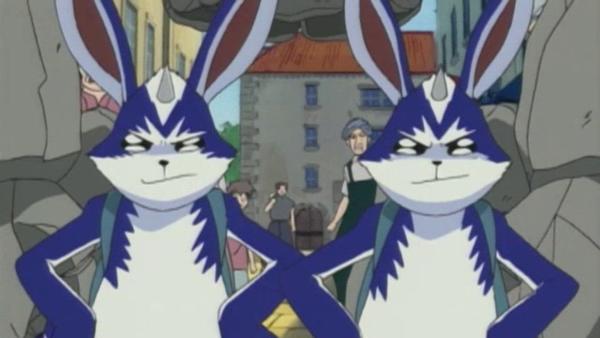 (Dub) In Quest of the Legend Cup

Genki and the gang arrive at a city called Torble. Here, they join the top-tier "Legend Cup" challenge after learning that the prize for winning - the Magic Stone - might be able to bring Holly's father back.

(Dub) Battle for the Rookie Cup

Genki and Mocchi take part in the Rookie Cup, the first of six competitions that leads up to the Legend Cup. Winning this will give them the Mystery Disc containing Tiger! 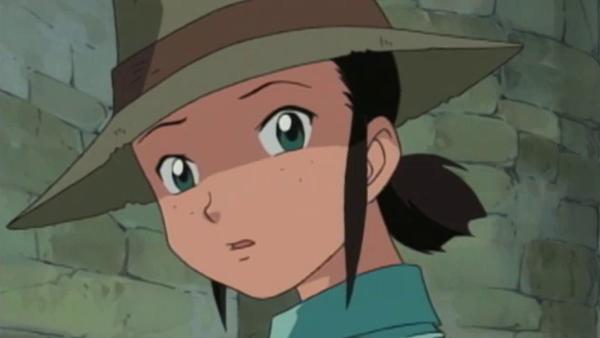 (Dub) Saved by a Hare

At Tama's orchard, Genki and the gang run into Hare. Hare decides not to join the gang, however, and stay at the orchard. Then Hare notices a Baddie following Genki and without a second thought runs after them.

While on their way to the Mandy Cup Genki and the gang meet the Wonder Brothers. They were getting along, until the elder Wonder finds out that they are rivals in the Mandy Cup challenge. 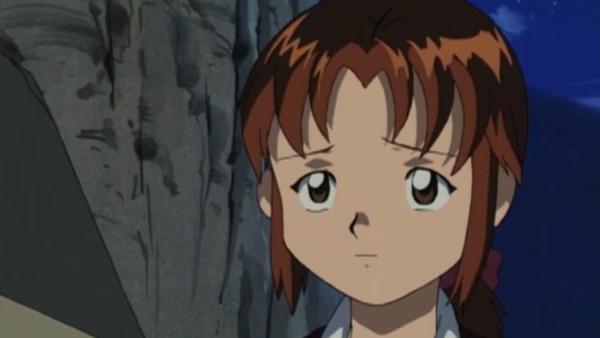 Genki and the gang are winning the matches at the Mandy Cup, rising steadily to the top. Through it all Tiger is too proud to listen to Genki, but in the Finals Tiger struggles, and finally he
(Dub) The Disappearing Hare Line
Episode 55

Hare runs into Fairy Hare and then into Wild Hare. The three used to be pirate buddies before. Now, Fairy Hare is running an orphanage, but Wild Hare may be trouble for them.
(Dub) Lost at Sea: Disappearance of the Mystery Disk
Episode 56

(Dub) Lost at Sea: Disappearance of the Mystery Disk

The Baddies ambush Genki and the gang, and the Mystery Disc is dropped into the ocean. When they meet Professor Garnish, the gang helps him with his chores in hopes to use his submarine.
(Dub) Furred Suezo's M-1 Grand Prix Hero
Episode 57

Suezo rescues Gamba, who does not like to fight, from the bullies. Although he gets injured in this fight, Suezo still enters the competition to help his teammates and to show Gamba the spirit of fighting.
(Dub) All's Fare in Love and Taxis
Episode 58

Coming to a huge marshland Genki and the gang get into Sandra's hover taxi. After going halfway Sandra stops the taxi to raise the fee. But Holly manages to move Sandra's heart by talking about her search for her father. 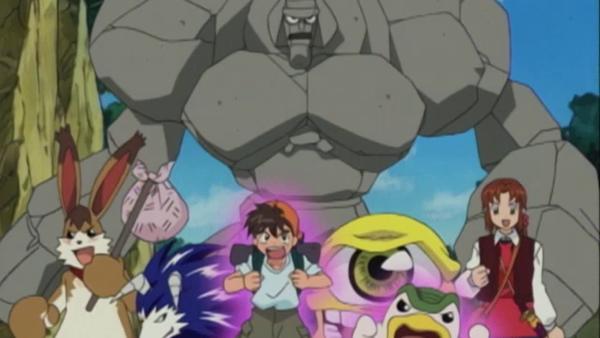 Genki starts thinking that, to win more, everyone absolutely must follow his orders at all times.

Golem learns that the target of his affection, Michelle, can have her illness cured if she had a surgery.

(Dub) Pink Jam to the Rescue

Pink Jam is not so sure about being one of the Baddies anymore and decides to go straight but finds that is not so easy as well. 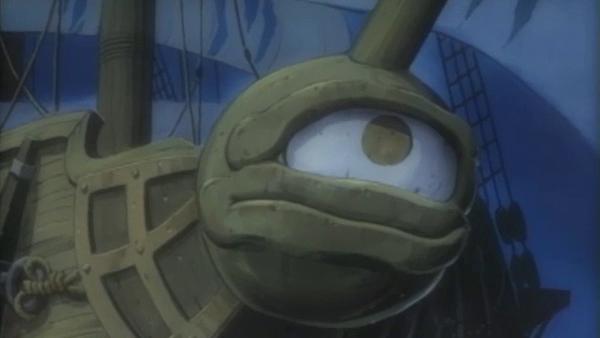 To get to the next battle stadium Genki and the gang must cross the ocean. 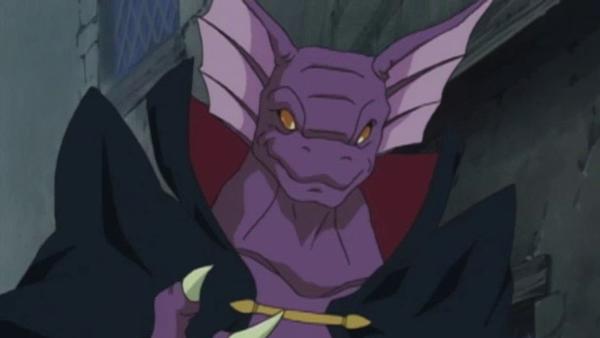 When Genki and the gang try to register for the World Monster Cup they find out that the only monster allowed to participate is Mocchi. 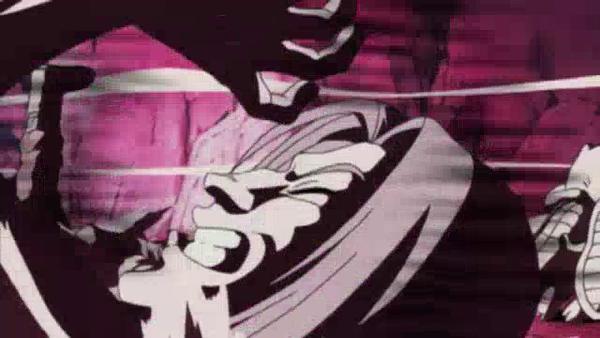 (Dub) Legend of the Great White Most

Genki and the gang have made it to the Legend Cup. If they win, they can finally get the magic stone "Gaia" that Holly's father is confined in! 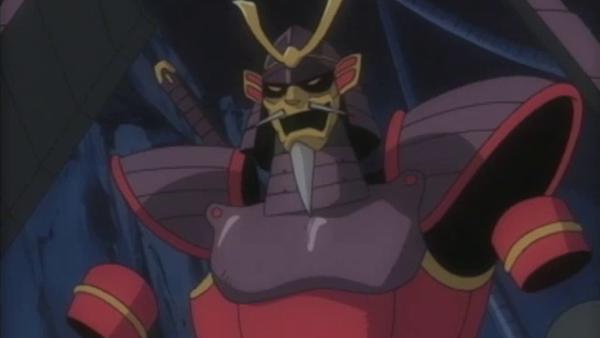 The mighty Shogun, a fierce fighter, is led by Mum Mew to fight Genki and the gang. 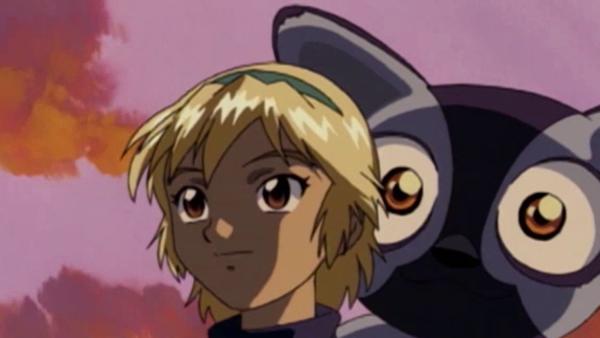 (Dub) Brothers, in the Greatest Four

When Genki and the gang arrive in the town of Toble to attend the Greatest Four Cup, they see Grey Wolf, Tiger's brother. The two brothers enjoy their reunion, but soon they will find out the unexpected truth... 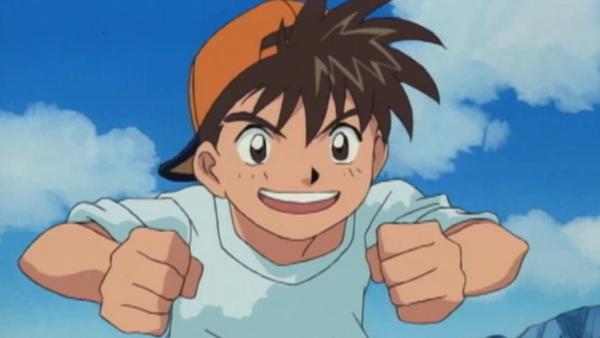 Geki and the gang is able to defeat General Durham's assassin, Mew, but Golem's Twister hits a passerby, an old lady named Rosetta. The gang feels bad and decides to walk her home. 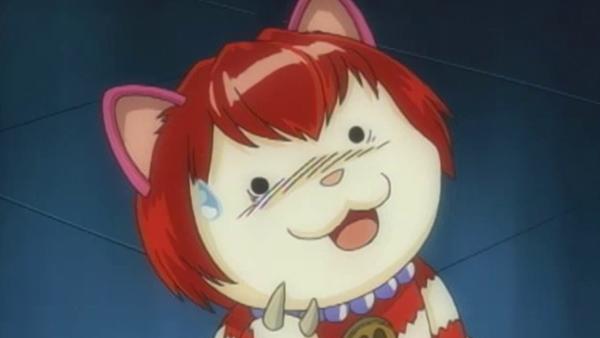 Genki and the gang runs into Granity. They enjoy the reunion and spend a night together. But then they are attacked by Metalluna, an assassin sent by General Durham, who shrinks itself and takes over Granity.

(Dub) Mum Mew Risks It All

Mum Mew leaves General Duraham a note saying because she has failed many times, she is going to go out and take the Mystery Disc from Genki and the gang on her own. 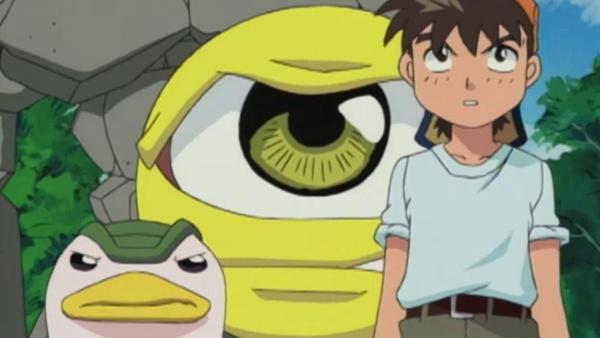 It is the Legend Cup! Mocchi is training in the forest when Poritoka, one of his next opponents, appears and claims they are no match for him. Suezo, unhappy, decides to sneak into Poritika's mansion.

(Dub) The Legend Cup: Mocchi vs. Most

Mocchi continues his training. Then on the match day, Most comes into Mocchi's waiting room and asks if he would abandon the fight.
(Dub) Reunion
Episode 72

After losing to Most, Mocchi decides he will try again in the next Legend Cup. Meanwhile, Mum Mew and Gobi are ordered by General Durham to sneak into Iron Bird, where Most is staying, to steal Gaia. 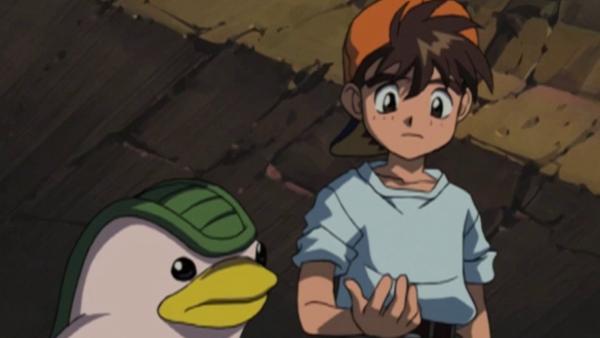 After rescuing Holly's father, the gang waits for him to awaken. Then, the Mystery Disc gets stolen by General Durahan. 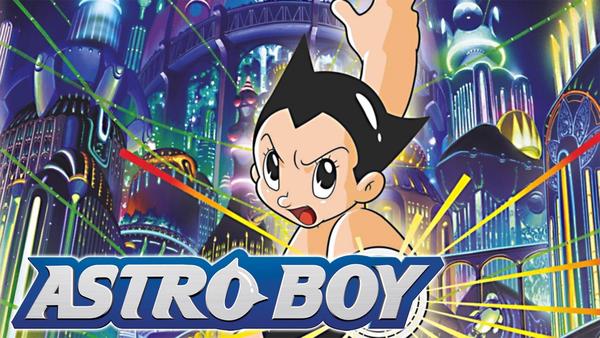 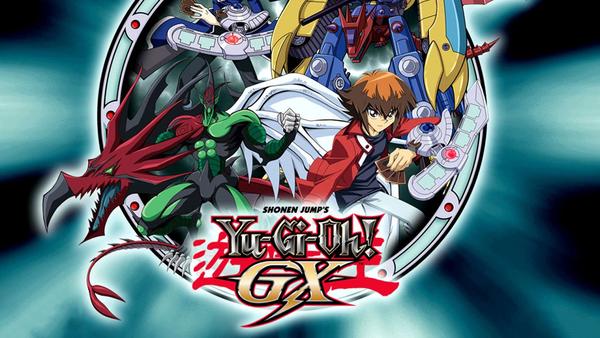 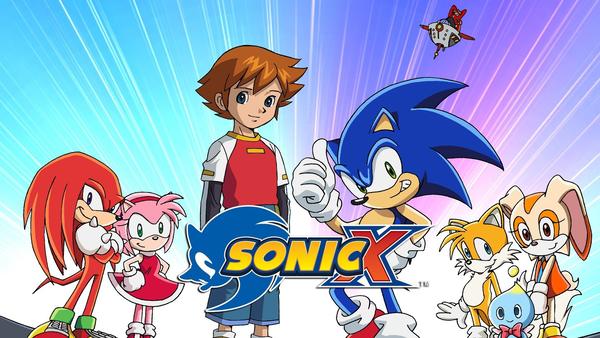 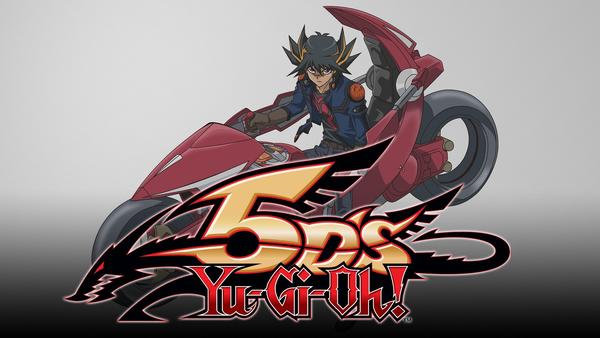 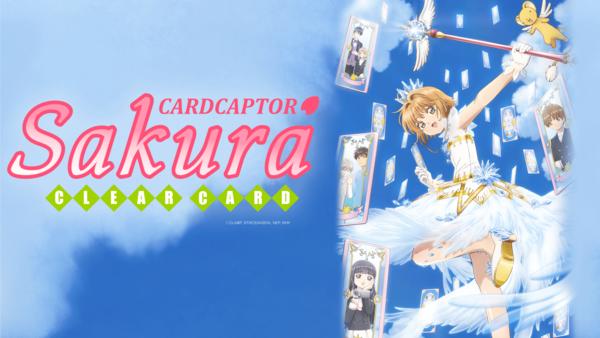 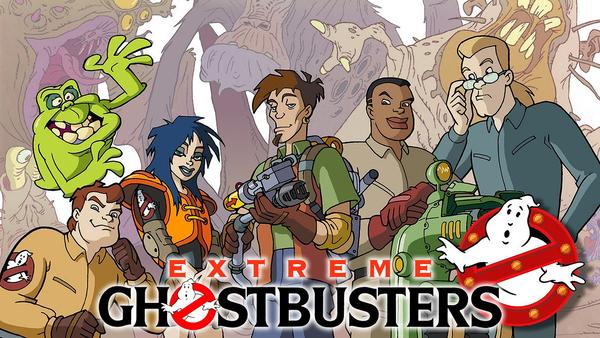 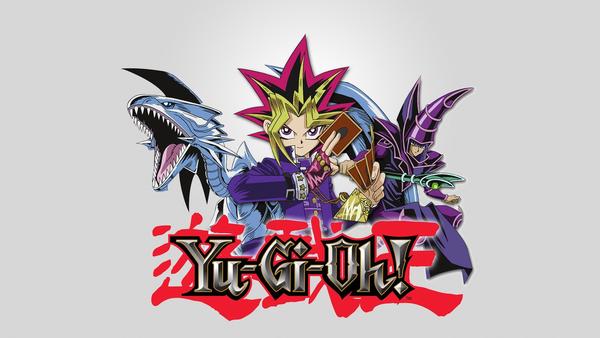 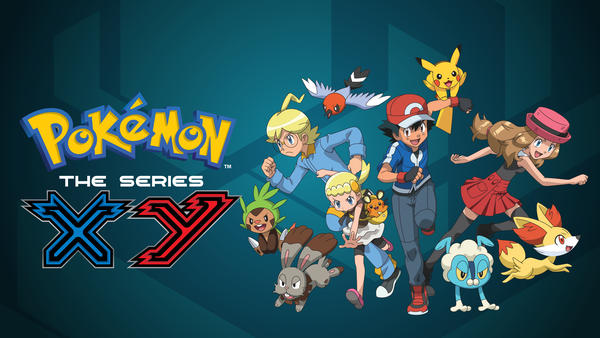 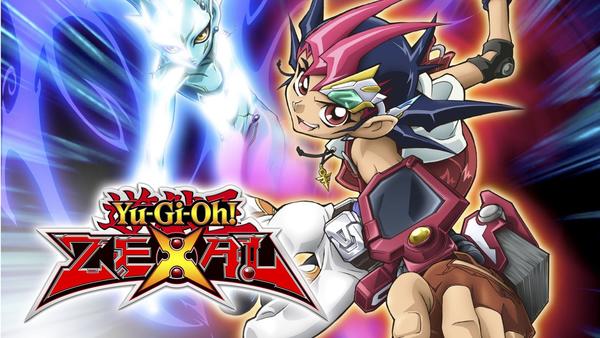 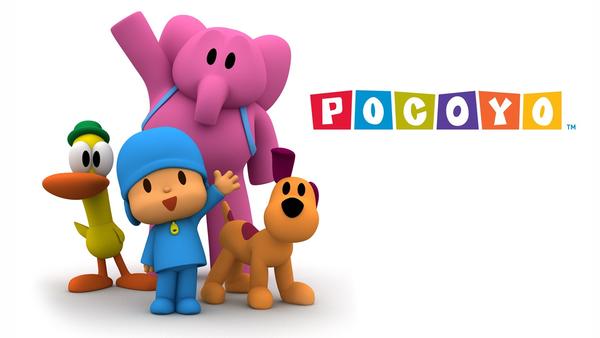 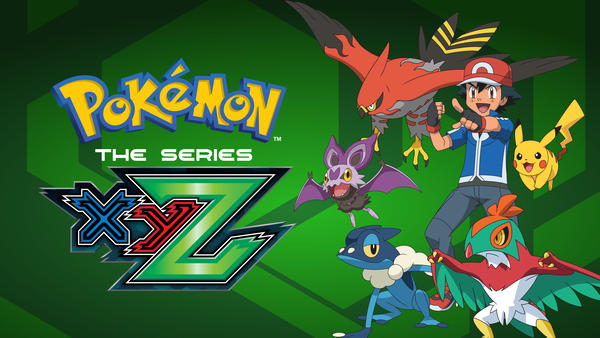 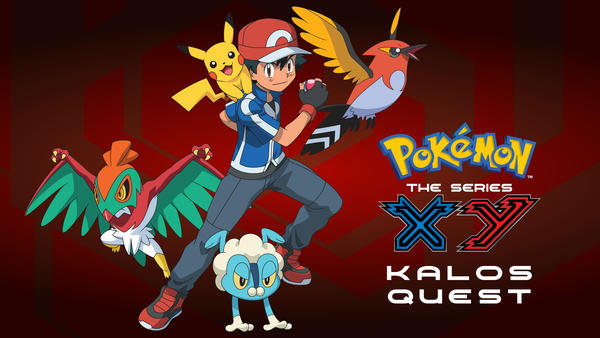 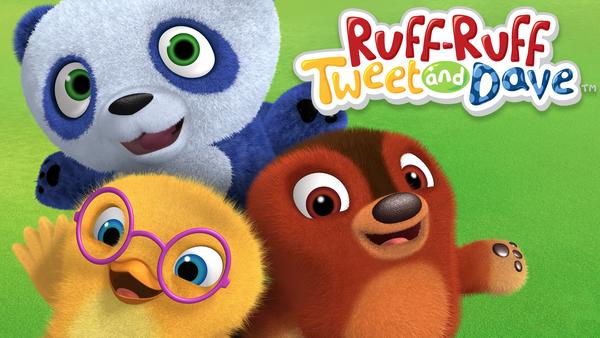 hulu
Start watching Monster Rancher
2 seasons available (73 episodes)
No hidden fees, equipment rentals, or installation appointments.
For new subscribers only
Due to streaming rights, a few shows play with an ad break before and after. Which shows?